It’s supposed to be safe and fake.  That’s how Mandy Patinkin can be the world’s greatest Spanish swordfighter. So what’s an actor doing getting shot during a performance of Sondheim’s romantic opus, Passion?

You killed my father, pretend to die. I said PRETEND!

Posted on April 23, 2010 | Leave a comment
So the temple group gets off the bus from Merrick, and they have to see a show and an anti-war message AND it’s not Hair?  They better wall off that theater like the Warsaw ghetto or there’s going to be a stampede of aged Yids trying to second act Jersey Boys.

So earnest, so dookie.

A sequel to Phantom of the Opera opened in London last night.  Maybe the bad press, will at least dissuade producers from the long-aborning Fiddler on the Roof 2 (in which the roof collapses, Tevye breaks his neck, Golde leaves him for Lazar Wolf, and Fruma Sarah haunts Motel until he goes crazy and drowns Tzeitel in the river). 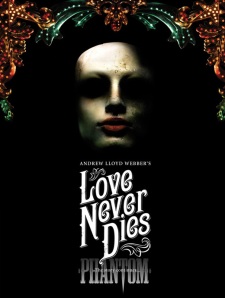