It’s been a long, sad slide from real estate tycoon to reality TV host, but the Donald seems to have finally hit rock bottom.  He just showed up on an unwatchable (and actually unwatched) TV show to fire someone who doesn’t even work for him.

We have to assume that at this point the Donald roams the halls of NBC — and the streets of New York — firing cabbies, snow plows, and out-of-work actors.

Who’s Giving Us A Bad Name This Week: Jeff Zucker

The NBC big macher has made such a kugel of late night television I’m beginning to think he has a policy on the place.  I don’t mean to suggest he’s a criminal — I’m just pretty sure the network is about to go up in a flash of Jewish lightning. 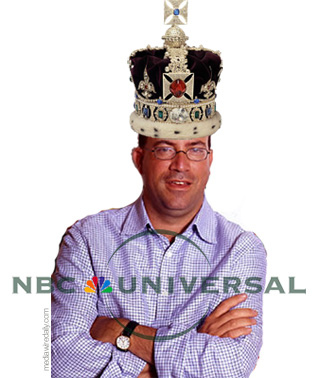 Nero Fiddles On the Roof

Posted in Who's Giving Us a Bad Name This Week?

Lots of people are upset about Jay Leno’s new primetime show eating up scripted TV time.   Personally, we don’t care that he shoved out ER’s twentieth season.  But we do care that he’s stealing our Dateline time.  Do you know that NBC’s classic hypochondriac paradise is now on only twice a week?!  That’s not enough!  How are we supposed to know where the flesh-eating bacteria is this week? 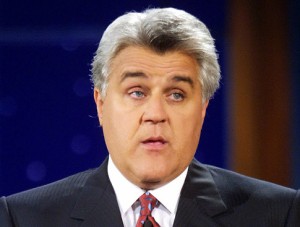